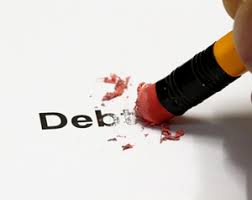 I was in class when the call came.

“Hello, may I speak to Donna?”

As she broke the news to me, a feeling of cold dread enveloped my body. “THIS COULD NOT BE HAPPENING”, I thought, “What the hell am I going to do?”

It was something I thought I’d prepared for. I knew I had other plans for my life and that meant that someday I would have to separate from the entity. I just hadn’t thought it would be so soon. For all of the various scenarios that had plagued my mind leading up to that phone call, I could never have imagined the gut wrenching feeling of uncertainty and utter despair that came with the news.

My company had made my position redundant – I lost my job and the scholarship that came with it.

I went back to class and sat through another thirty-five minutes of nothingness. It was psychometrics and I had a vague feeling that I was missing something important. I looked at the screen and wrote things in my notebook, but it was all overshadowed by a cloud of loss. Nothing the lecturer said, though it was pre-exam preparation, compared to the life changing news that I’d just received. A friend came over and greeted me and asked when would we meet up to complete an assignment. I know I answered her but through the fog of numbness, I could not tell you, even today, what my response was. It must have been good enough because she smiled and waved and left. I remembered thinking, “Well at least YOU can smile!”.

I told no one. I went about my business- in survival mode- as I knew if I acknowledged my loss to anyone I would simply crash. I could not afford to do that. Then that day came when I realized I would have no check at the end of the month and my savings would have to be used to meet my demands.

“I’m sorry, your card has been declined”

I don’t think that there has been seven words that terrified me more. I was purchasing groceries and as customary, whipped out my card to pay for them. The fact that the card was declined is not what hurt, obviously, but that it represented an inability to provide for myself, which I had done since I was sixteen. I paid cash and went on my way.

That moment was just an indication of the financial rip-tide that was about to descend on me. I struggled to find employment and flirted with the idea of dropping out of school. I flirted alright, because I knew that I needed the normalcy that school afforded me. Though shit had hit the fan, I wasn’t about to let anyone know how much I was struggling to make ends met. I was loosing sleep because I kept seeing the balance in my savings dwindle and the part-time job I was able to get on campus barely enabled me to buy the basic necessities.

Then the calls started coming. My mortgage was underpaid, credits cards barely received the minimum payments, tuition was due and I could not do my finals without payment of the outstanding amount. Its amazing  how quickly things got bad. Something had to give.

I sat down and weighed my options. I called my closest friend and asked for help.

This meant that I had to depend on someone. Oh gosh! Miss Independent was asking for help.

I swallowed my pride and together, we worked on a plan to get me back on my feet and through the door of financial stability. I moved in with her, paid off all my debts in one go to negate the interest and rented my house. My savings were decimated but finally, I felt free once more.

As time passed, I realized something important: True strength came not from independence, but recognizing your need for others and an appreciation of the value they add to your existence.

Admitting I needed help was not a negative but in fact something tremendously positive. It meant that I had people in my life who not only loved me, but who would adjust their lives to ensure my own well being.

I discovered unselfish love and true friendship. Many would kill for that. And it couldn’t be bought.

4 thoughts on “The Serial Killer: Debt at your doorstep”

My Tweets
http://dailypost.wordpress.com/courses/blogging-101-zero-to-hero/
Follow The Resilient One on WordPress.com